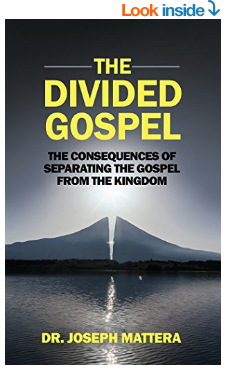 He also received an endorsement from Lance Wallnau 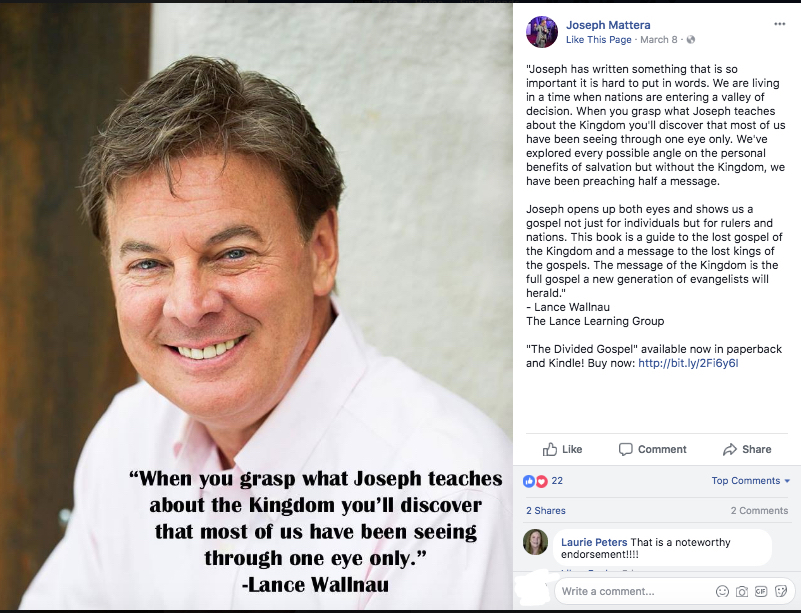 The endorsements from Brown and Wallnau seem a bit contradictory.

And while he does not endorse a dominionist theology in which the church takes over the world, he does call us to be Kingdom-minded believers as we seek to fulfill the Great Commission and advance the Kingdom of God.

Joseph opens up both eyes and shows us a gospel not just for individuals but for rulers and nations. This book is a guide to the lost gospel of the Kingdom and a message to the lost kings of the gospels.

Brown says Mattera is not endorsing a dominionist theology where the church takes over the earth, but Wallnau says this is about getting the gospel to rulers and nations.

Let’s take a look and see if Mattera has shades of dominionism.

He did write a Charisma article on seven reasons he’s not a Christian dominionist.

Here is the book description on Amazon for Ruling in The Gates: Preparing the Church to Transform Cities. (Yeah that doesn’t sound dominionist at all.)

Revival isn’t enough! This bold declaration marks a new call to action for Christians: Take your God-given position in the earth and begin facilitating the reign of Jesus Christ in every walk of life. Dr. Joseph Mattera issues this call based on sound biblical interpretation and the conviction that the Church must fulfill her role before the return of Jesus. God intends for the Gospel to permeate every realm of creation. So, in the next move of God, apostles and prophets will be involved in every facet of society, not just the Church. Only the Gospel has the blueprint for a healthy society, so true ministers of God strategically placed in every domain must lead the way for reform. Get ready to possess the land and rule in the gates. Discover your divine purpose on earth and learn how to prepare for the next move of God.

He wrote an article for 7CulturalMountains.com Can the Post-Election Church Win Back the Culture?

Apostle Joseph Mattera also considers himself as part of a new apostolic reformation.

3. Recognizing the apostolic can also help usher in a new apostolic reformation

Some proponents of the apostolic say it is evident the old way of doing things through hierarchical denominationalism is dead or dying (with the exception of Pentecostal denominations, like the Assemblies of God, most denominations are on the decline). By recognizing apostolic ministry we could further accelerate the apostolic reformation that is based on the galvanization of covenantal, voluntary associations of pastors and leaders in regions irrespective of denominational affiliations for the sake of reaching cities and nations.

This reformation recognizes visionary leaders in each region that God has anointed to unite the Body of Christ and bring societal change. Often denominational bishops and/or superintendents are just gifted administrators without the leadership capacity to galvanize churches to reach a city or nation. Recognizing apostolic leadership (irrespective of denominational affiliation) can remove this bottleneck and release the authority and power of the Kingdom of God in a city!

It’s interesting that Dr. Michael Brown has endorsed a book by the leader of a major apostle sending organization, when he seemed oblivious to the New Apostolic Reformation.